RVIA Trade Show Part 1/3: Latest Trends and Inside the RV of the Year! 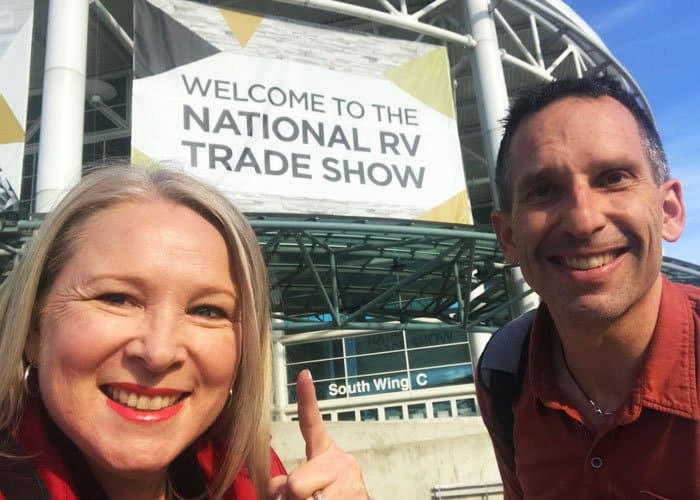 We flew to Louisville, Kentucky in late 2017 to check out the hottest new RV trends, styling and innovations at the RVIA Trade Show. This is the 1st video in our 3 part series where we show you the NEW Winnebago Horizon (RV of the Year), the offroad capable Revel, Roadtrek, LeisureTravel, REV Group’s Super C Renegade and more. But first, let’s give you a bit of background on the RVIA Trade Show and idea of just how big (and sometimes overwhelming) it really is.

This is an industry show that is not open to the public, as it is primarily for manufacturers and other exhibitors to connect and share new product innovations coming for the year ahead and for dealers to place orders for their inventory. We were lucky enough to be able to attend as media so we could cover the show and share what we discovered here with you. The RVIA National RV Trade Show has been held in Louisville for about 30 years, partly because it is one of the only places large enough to hold it.

The show is mind-boggling huge, taking up over 1 million square feet of indoor floor space and about 1,000 RVs we estimated. It is an interesting experience going to an industry show instead of a consumer show because, although gigantic in size, the number of people attending is relatively small. Only a few thousand dealers and exhibitors attended this show compared to the 2017 Tampa RV consumer show that saw over 70,000 visitors in 2017.

We attended all day every day, literally walked for miles and it still felt like we only scratched the surface of what there was to see. In part, this was because we were sure to take the time to learn first hand in conversations with RV manufacturers and other attendees and industry people we simply wouldn’t get to connect with as easily. That said, we did capture some great footage to share with you in our three-part blog and video series to share some of the innovations with you. These blog posts are short overviews and we cover a lot more in the videos. So let’s jump right in!

In the first of our three-part video series, we visited Winnebago, the REV Group (Monaco, Holiday Rambler, American Coach, Fleetwood, Renegade and Midwest RV),  Roadtrek, Leisure Travel Vans and a few others. The first obvious trend we saw at the show was a significant focus on smaller RVs. It seemed that there were Class B and C motorhomes everywhere we turned. Many manufacturers that traditionally only manufactured large class A motorhomes were releasing Class Bs and Cs in an effort to expand their lines and reach more consumers.

There are two groups they are trying to reach with the smaller RVs. The first is an older demographic that is looking to downsize from larger Class A motorhomes into smaller and easier to handle RVs while still retaining quality and luxury touches. The second demographic is young families looking to get away on weekends and into small campsites and/or use their small RV as a base camp for day hikes, and other outdoor activities.

Other major trends we noticed were: 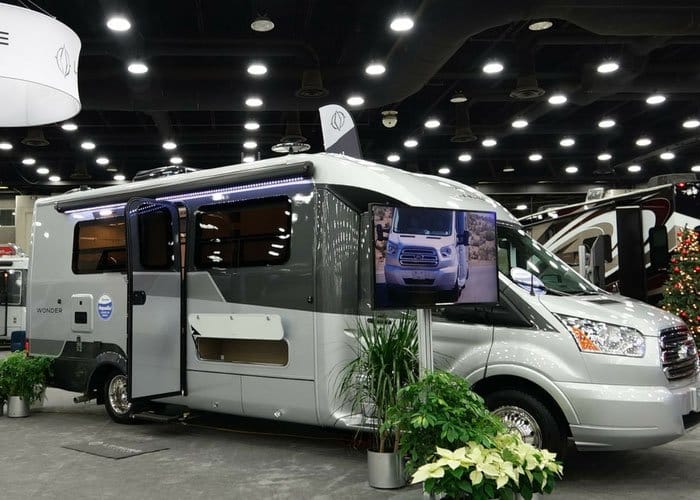 RV Of The Year Awarded To... The Winnebago Horizon

Winnebago made a big splash at this show! They had bold red carpet and lots of buzz in their area with music playing and lots of energy and excitement. They were releasing a number of new innovations including their new Revel off-road class B, and a number of other class A and Cs. Their biggest news however, was the reveal of the new Horizon Class A luxury diesel, which won the title of RV of the Year, awarded by RV Business Magazine.

The Horizon is a truly contemporary styled motorhome inside and out, with modern European styling and smooth laminated surfaces instead of traditional wood cabinets. It has large windows and other innovative touches like soft closing latches on the cabinets and drawers. Winnebago really pushed the envelope on styling and design with this coach and we think it will be very popular because there is nothing else like it. A very bold move which we hope will get many other manufacturers sitting up to take notice and take a fresh look at ways to update RV styling and make optimal use of space.

Hats off to Winnebago for this truly groundbreaking and industry expanding introduction. 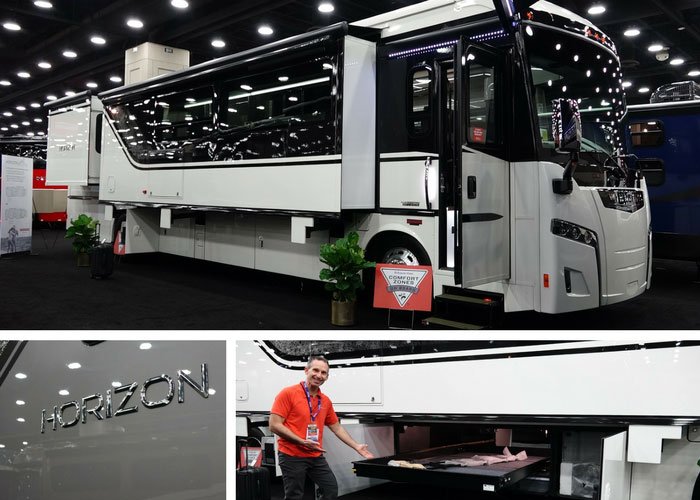 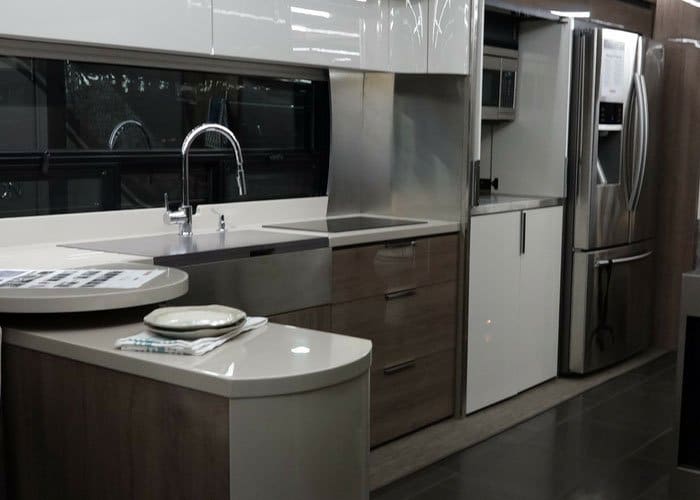 Clean lines continue inside with this very contemporary kitchen 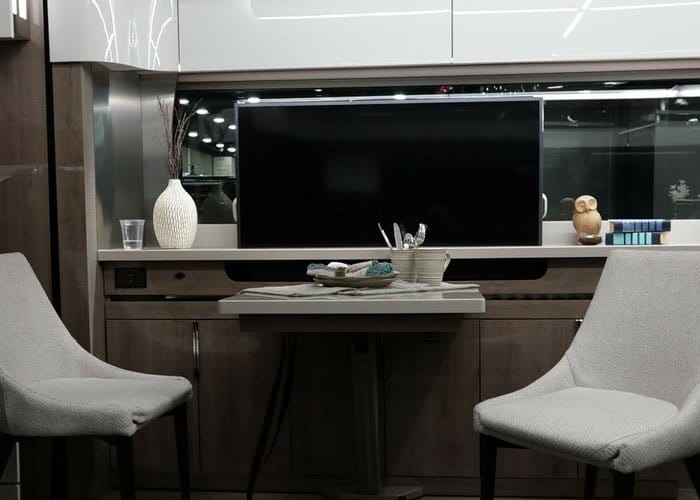 Dinette featured a table top that slides left and right, modern styling, and a televator to hide the TV when not in use. Horizon also has large windows.

This desktop slides away into the end table when not in use, so you only see it when you need it

REV group also had some bold colors and moves. They are reviving their Monaco brand with the introduction of a new Monaco Signature diesel pusher motorhome, and also released a new B-Class motorhome under the American Coach brand name. As mentioned above, REV owns Monaco, American Coach, Fleetwood and Holiday Rambler, and you can definitely see the similarities between the brands. REV also owns Renegade Super Cs, and Midwest Automotive Designs for Class Bs. 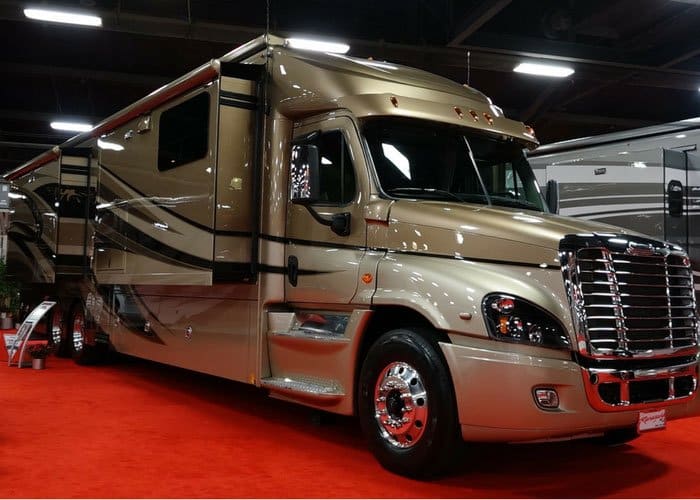 Renegade Super C’s for those who need big towing power 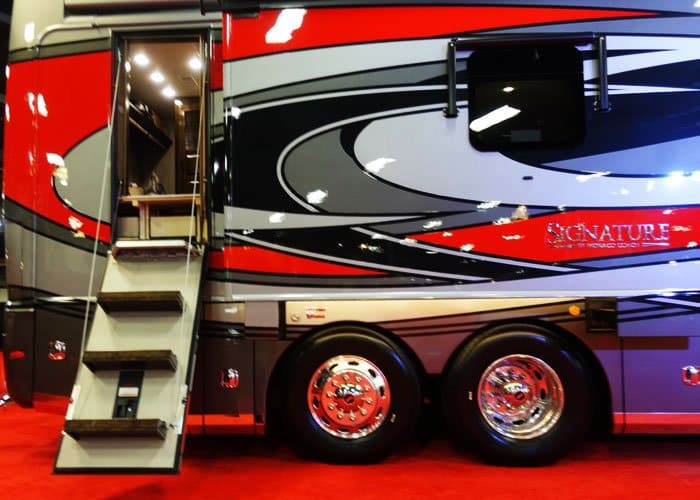 REV Group is innovative with their integration of bookshelves that turn into an exit ladder in case of an emergency, in this Monaco Signature 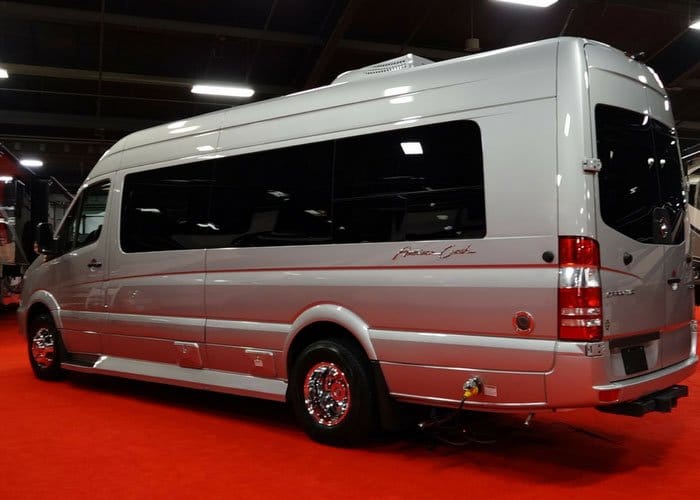 American Coach traditionally only built large Class A Diesels, but this year they also entered the Class B scene

Want To See More? Check out Part 2 and Part 3

This is a three-part series covering the RVIA Trade Show, so be sure to check them all out!

Check out Part 2 – where we share some Class A, B and C motorhomes from Newmar, Tiffin and Entegra

Check out Part 3 – where we look at 3 great fifth wheels, the incredible Furrion custom RV and our favorite RV innovations

Want to check out more RV show and RV tour content? Hover over each image to see the title and article name. 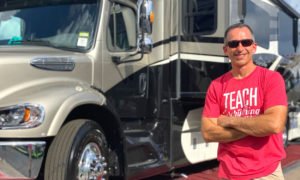 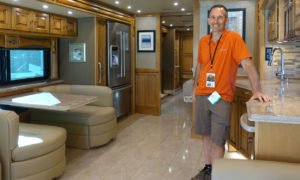 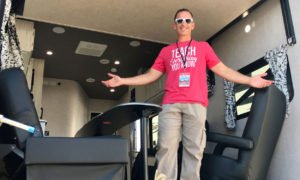 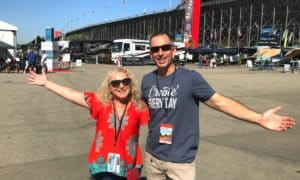 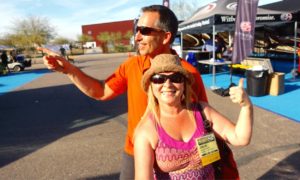 Visiting the California RV Show? Everything You Need to Know Before You Go 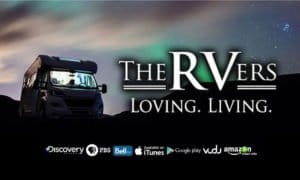 The RVers – A New TV Series is coming to PBS, Discovery and More 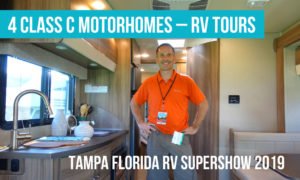 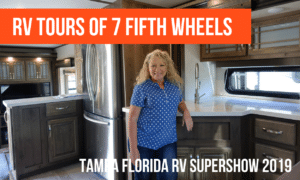 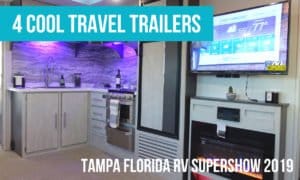 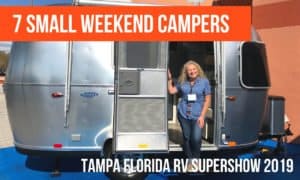